Just as the goods they transport, ships too become waste when they reach the end of their operational lives. Yet only a fraction is handled in a safe and clean manner. The vast majority of the world's end-of-life fleet, full of toxic substances, is simply broken down - by hand - on three beaches in South Asia. There, unscrupulous shipping companies exploit minimal enforcement of environmental and safety rules to maximise profits.

The human costs and the environmental impacts of taking toxic ships apart on the South Asian beaches are devastating. Accidents kill or maim numerous workers each year. Many more workers suffer from occupational diseases, including cancer. Toxic spills and pollution cause irreparable damage to coastal ecosystems and the local communities depending on them.

According to data released by the NGO Shipbreaking Platform, 443 ocean-going commercial vessels were sold to the scrap yards in 2022. Of these, 292 large tankers, bulkers, offshore platforms, cargo- and cruise ships were broken down on the beaches of Bangladesh, India and Pakistan, amounting to more than 80% of the gross tonnage dismantled globally.

On the South Asian beaches, unskilled migrant workers, including children, are deployed by the thousands to break down the vessels manually. Without protective gear – in baseball caps and flip flops, or boots if they’re lucky – young men cut wires, pipes and blast through ship hulls with blowtorches. Gas explosions, the crashing down of massive steel parts and falls from height cause the death of numerous workers each year.

Number of deaths in the South Asian shipbreaking yards since 2009

Shipbreaking is one of the most dangerous jobs in the world according to the International Labour Organisation.

The risk of developing a fatal occupational disease is high as workers lack proper respiratory equipment to protect them against the many toxic fumes and materials released during the cutting and cleaning operations. In most cases, hazardous substances are not even identified and therefore harm workers unknowingly. Some cancers, including asbestos-related mesothelioma, will only develop 15 to 20 years after exposure, and cause many more casualties among former shipbreaking workers.

In addition to taking a huge toll on the health and lives of workers, shipbreaking is a highly polluting industry. In South Asia, ships are grounded before they are pulled and broken apart on tidal mudflats. On these once pristine beaches, coastal ecosystems and the local communities depending on them are devastated by toxic spills and other types of pollution caused by the breaking operations. As long as shipbreaking is done by way of beaching, the environment will suffer.

The shipbreaking beaches in South Asia are toxic hotspots. Reckless breaking operations take place on tidal mudflats where it is impossible to contain pollutants. Oil spills, sludge and heavy metal contaminated debris cause irreparable damage to the coastal environment as well as the local communities that depend upon them. 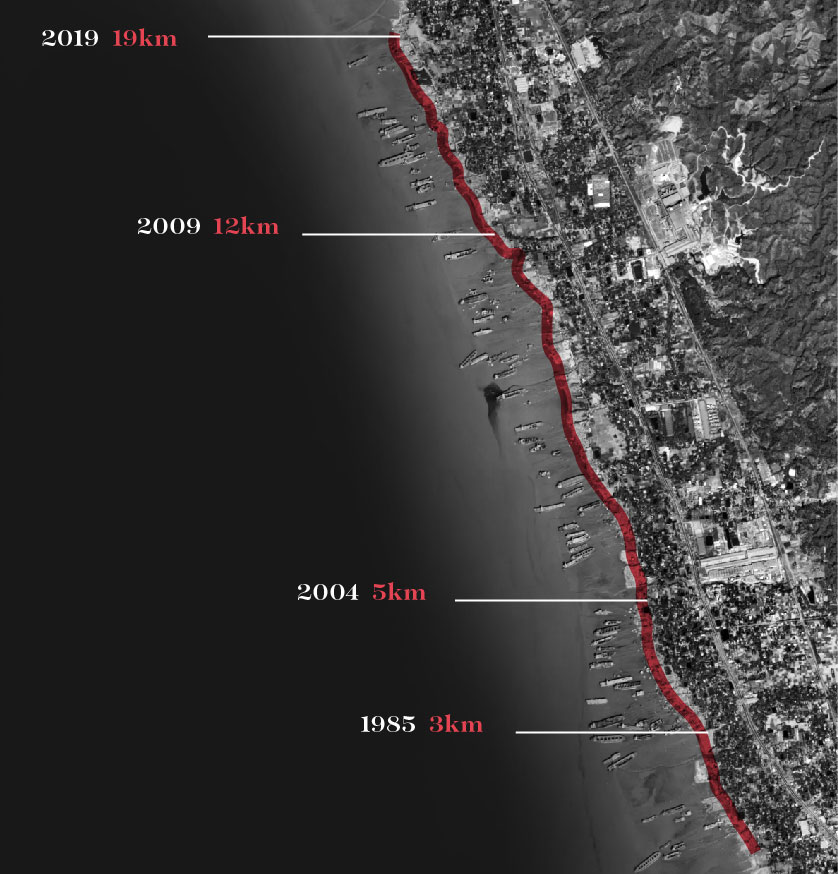 In Bangladesh, thousands of protected mangrove trees have been cut to make way for ships. 14.000 mangroves, planted with support from the United Nations, were illegally cut in 2009 in Sitakund to make space for additional shipbreaking yards. According to an estimate by Bangladeshi NGO YPSA, in the past few years at least 60.000 mangrove trees have been cut along the coast near the city of Chattogram to make way for more ships. The cutting of mangroves has extremely negative consequences as they are essential for this fragile ecosystem and are the last barrier against the devastating effects of typhoons and floods.

Unscrupulous shipping companies – most of them based in Europe, the US and East Asia – exploit minimal enforcement of environmental and safety rules on the South Asian beaches to maximise profits. They sell their vessel to scrap dealers, better known as cash buyers, who bring the vessels to their final destination. The cash buyers pay the highest price for end-of-life vessels and are inherently linked to the beaching yards. Cash buyers change the flags of the ships to black-listed flags of convenience and re-register the vessels under new names and anonymous post box companies. These practices render it very difficult for authorities to trace and hold cash buyers - and the ship owners that sell to these scrap dealers - accountable for illicit practices.

Ship owners from Asia and Europe top the list of dumpers that sell vessels for dirty and dangerous breaking to the beaches of India, Pakistan and Bangladesh.

No shipping company can claim to be unaware of the dire conditions at the shipbreaking beaches, still they massively continue to sell their vessels to the worst yards in the world to get the highest price for their ships. Based on number of ships beached, fatalities and breaches of existing waste legislation, these shipping companies are the 2022 top dumpers. 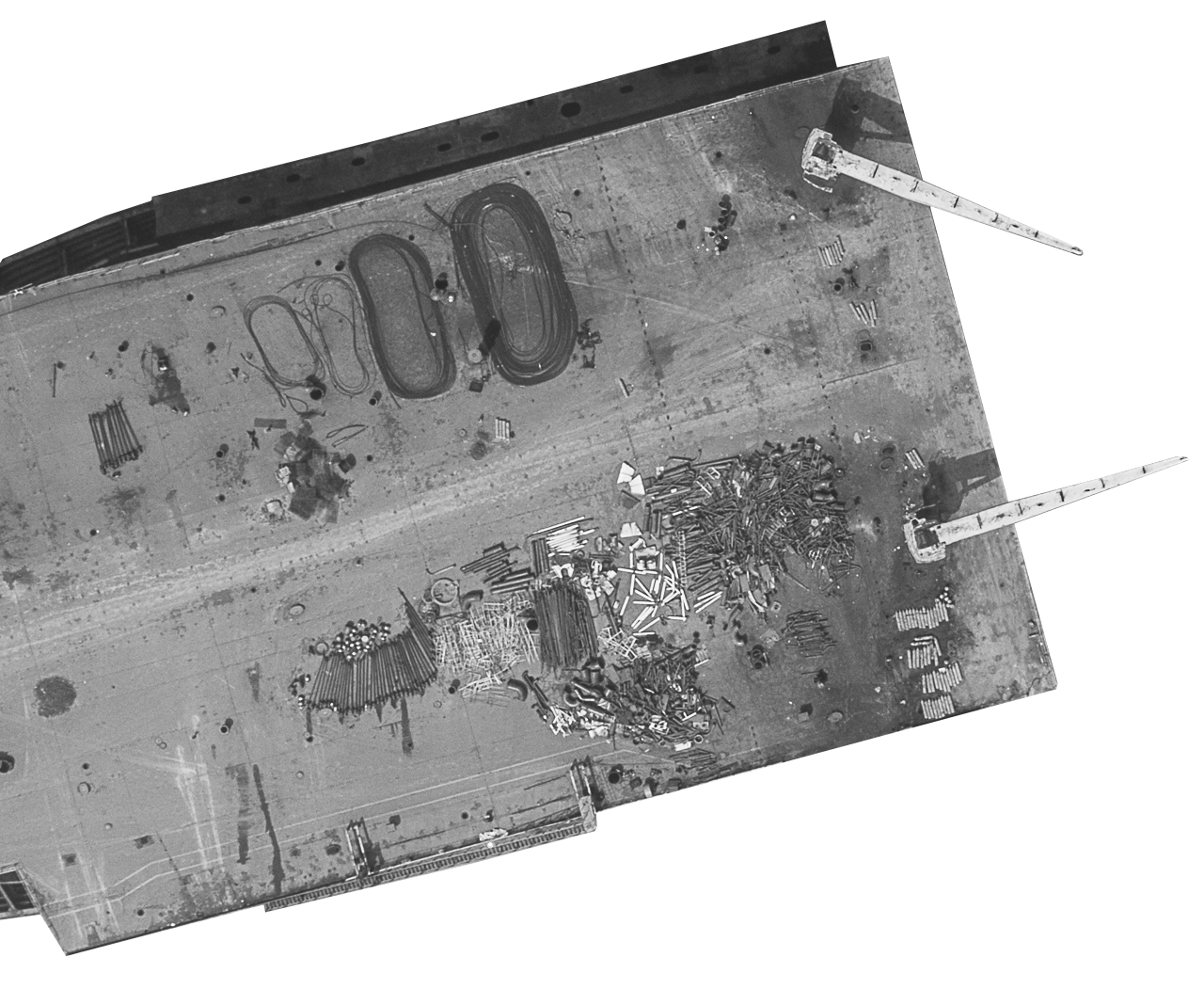 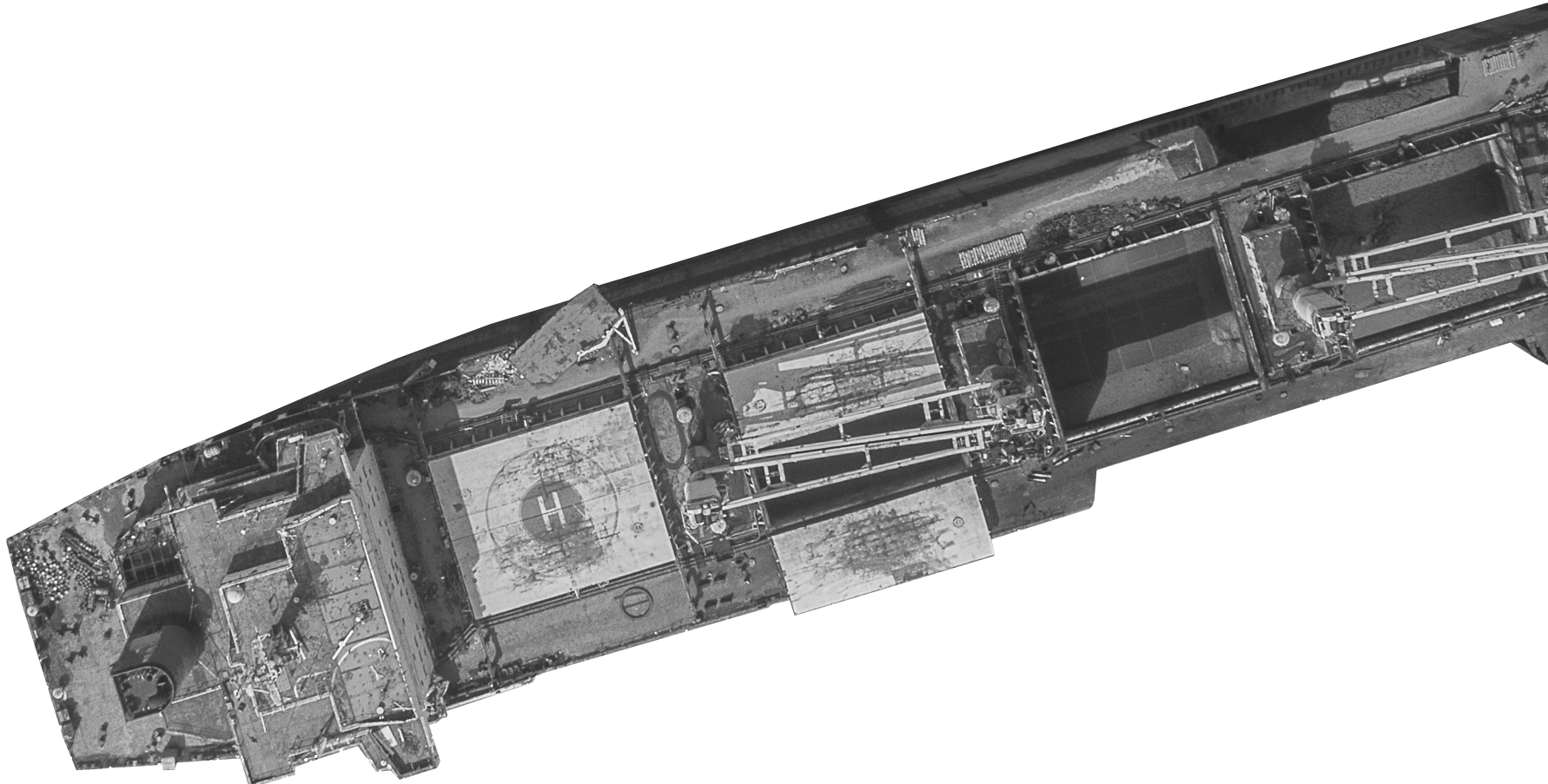 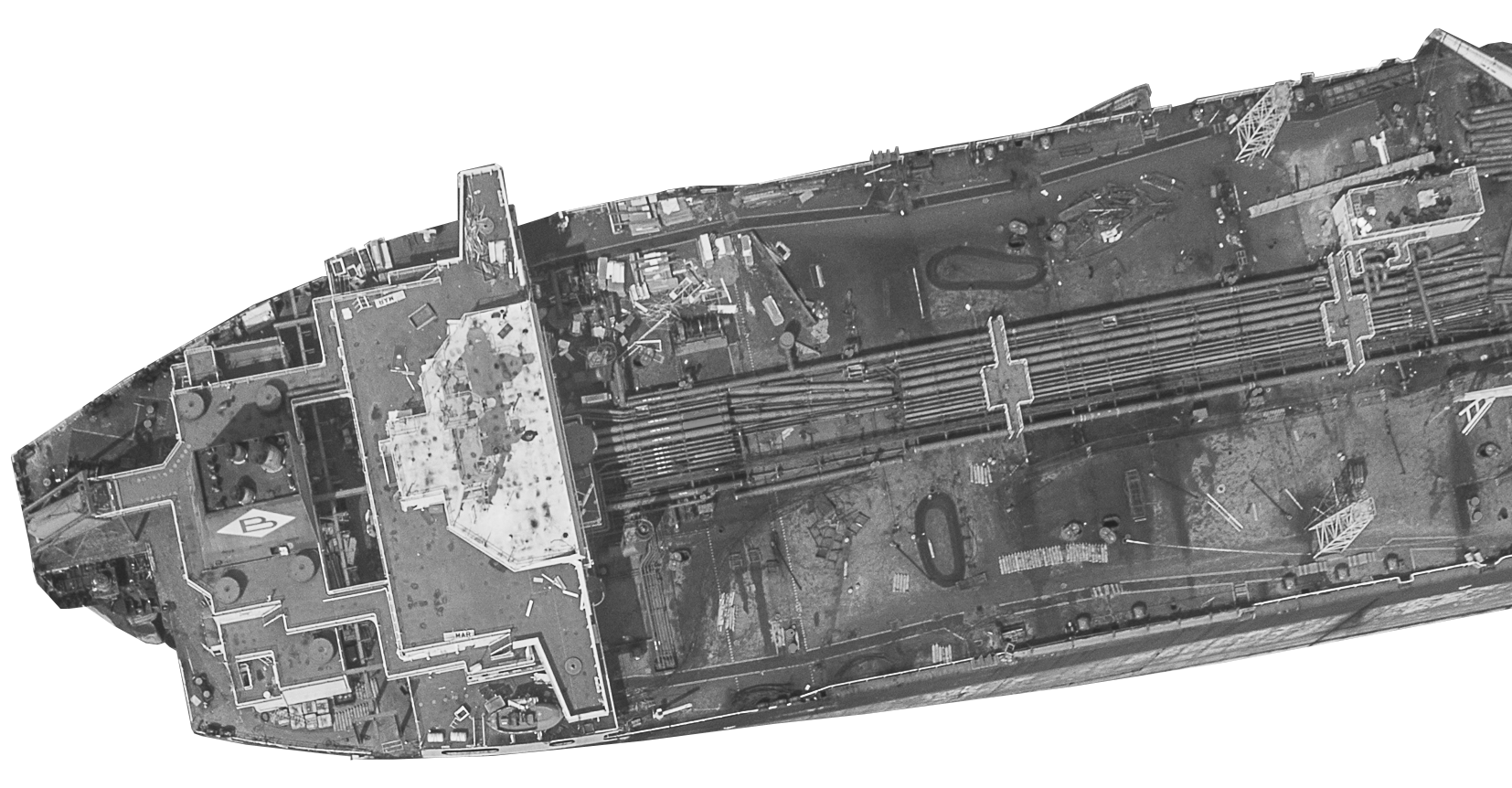 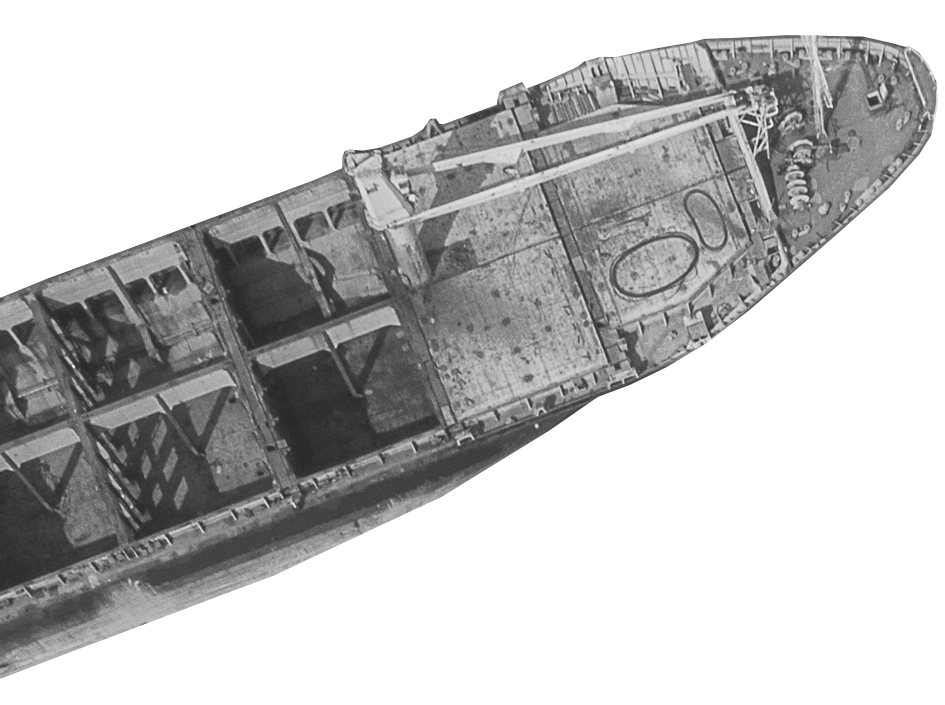 There is a huge discrepancy between the states in which ship owners are based and the flag states that exercise regulatory control over the world fleet. At end-of-life, typical last-voyage ship registries are particularly popular with cash buyers. These flags are known for their poor implementation of international maritime law and are black-listed by most port states.

These flags are grey- and black-listed due to their poor implementation of international maritime legislation. 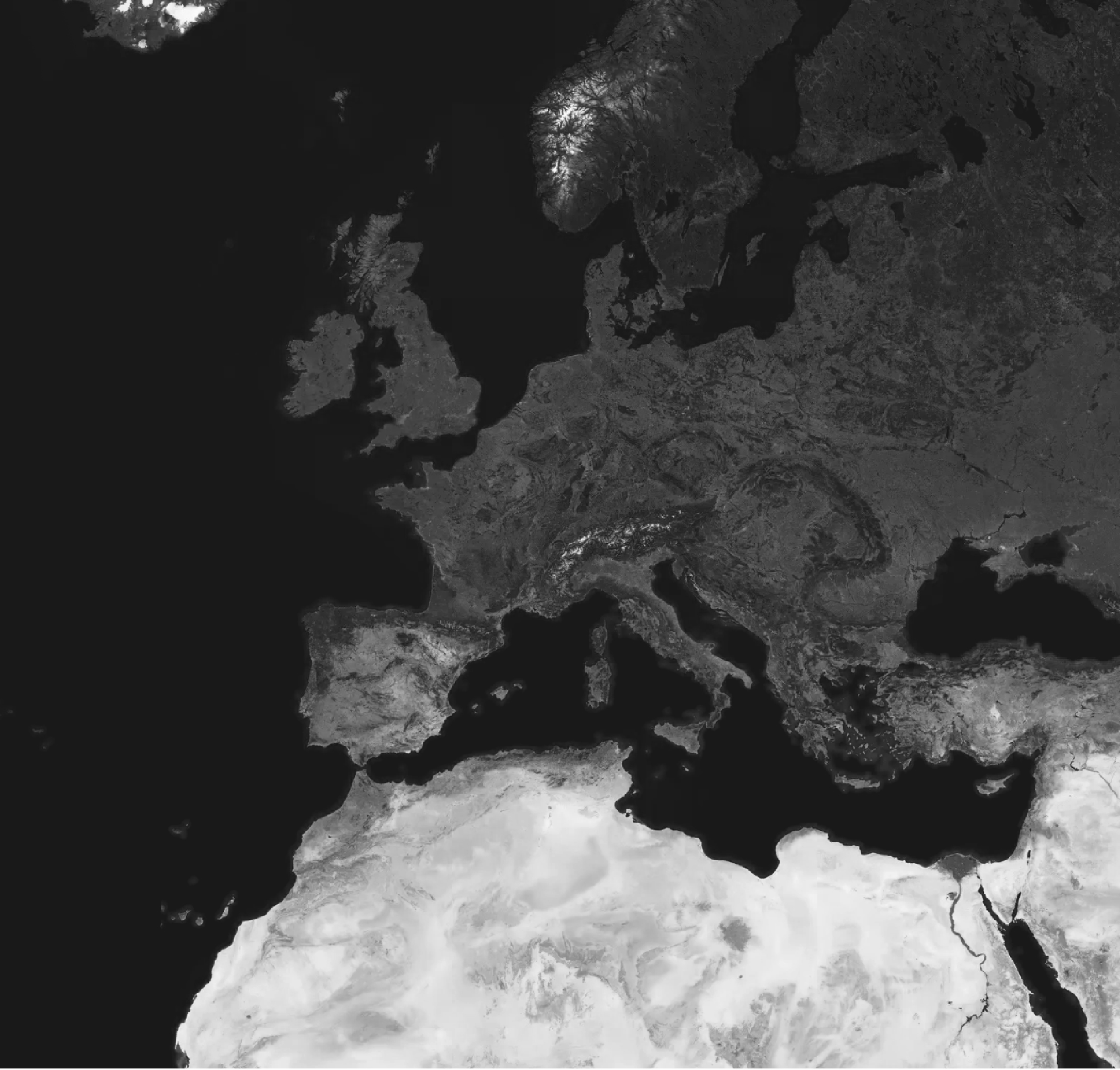 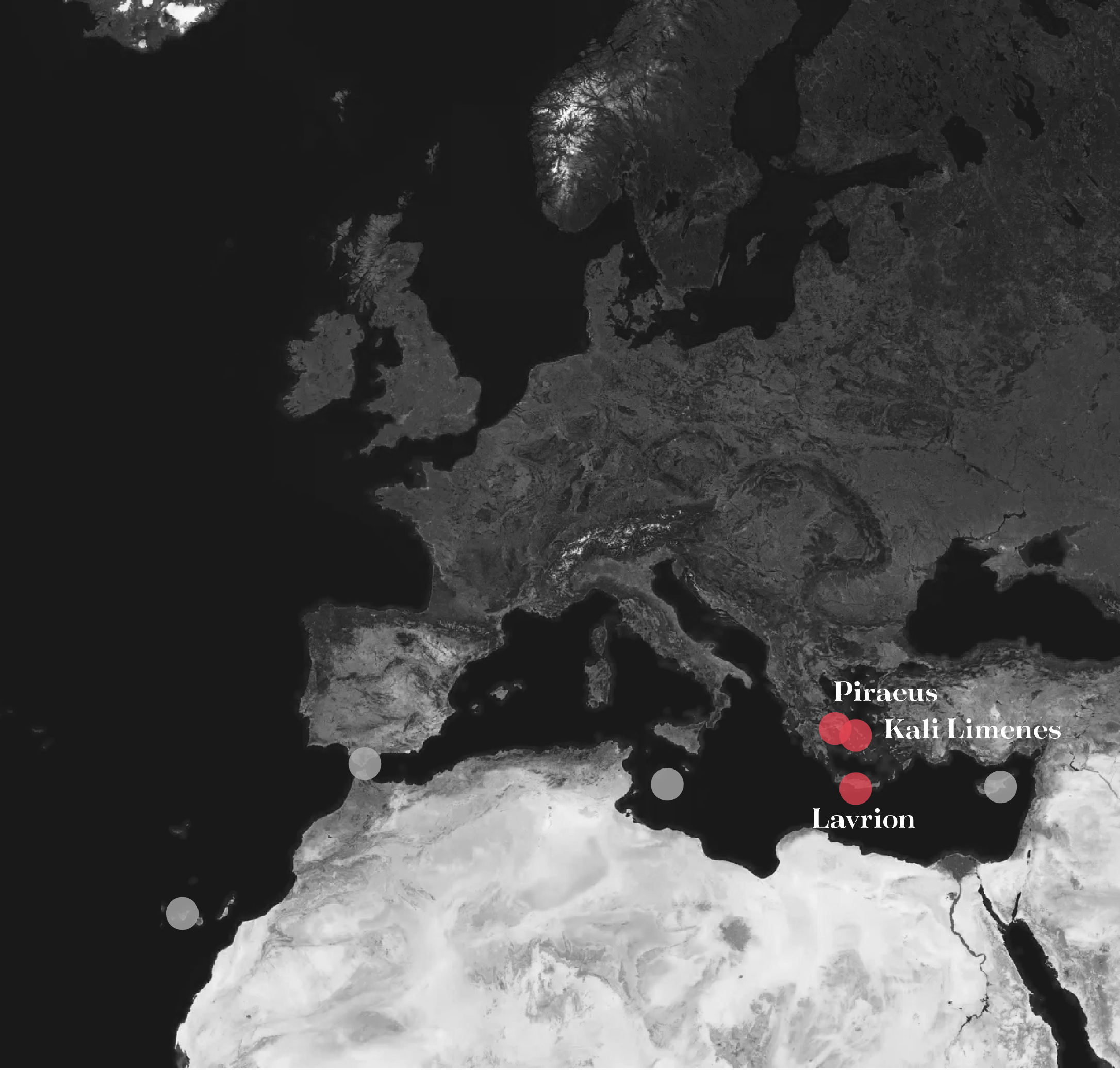 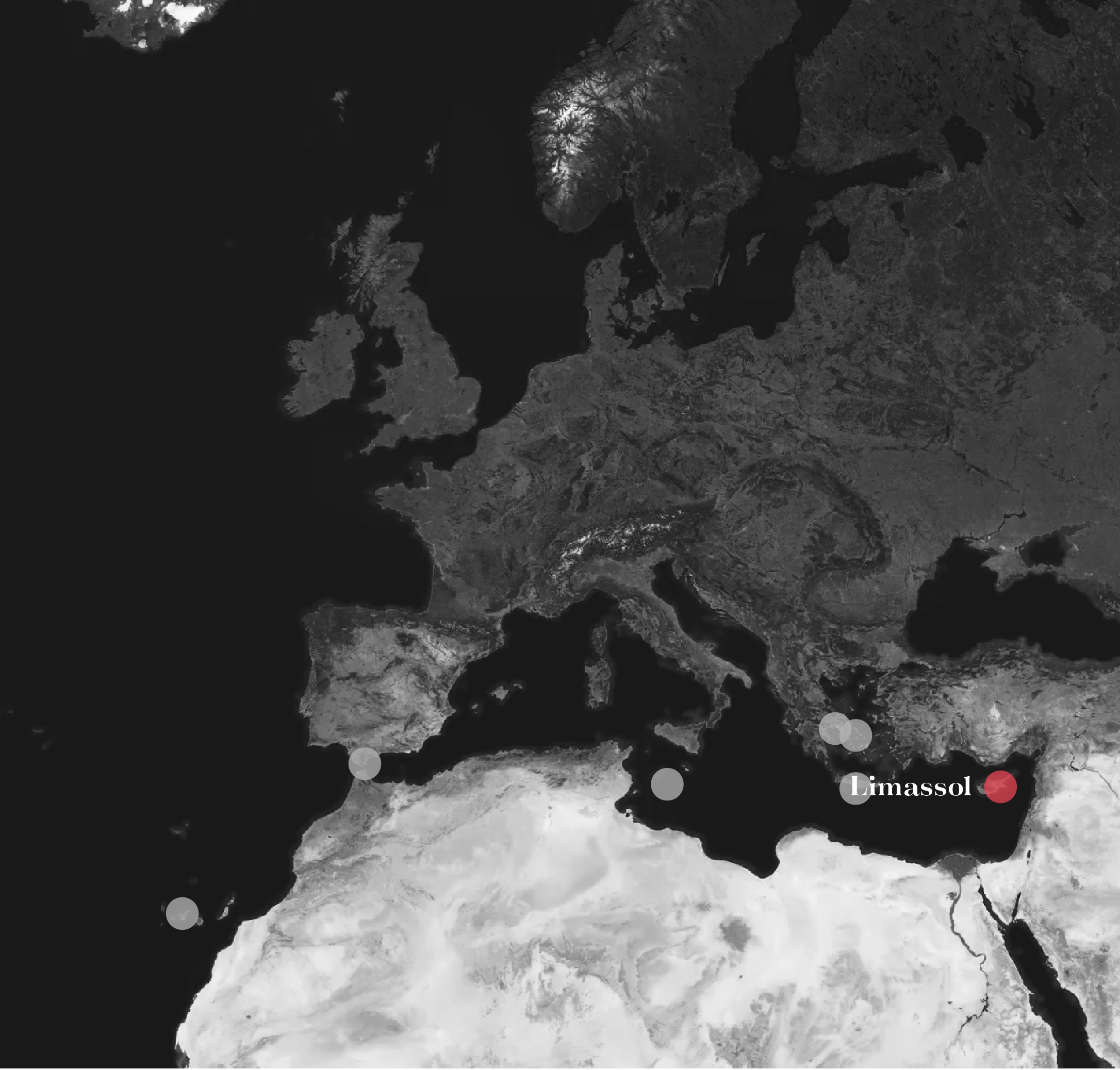 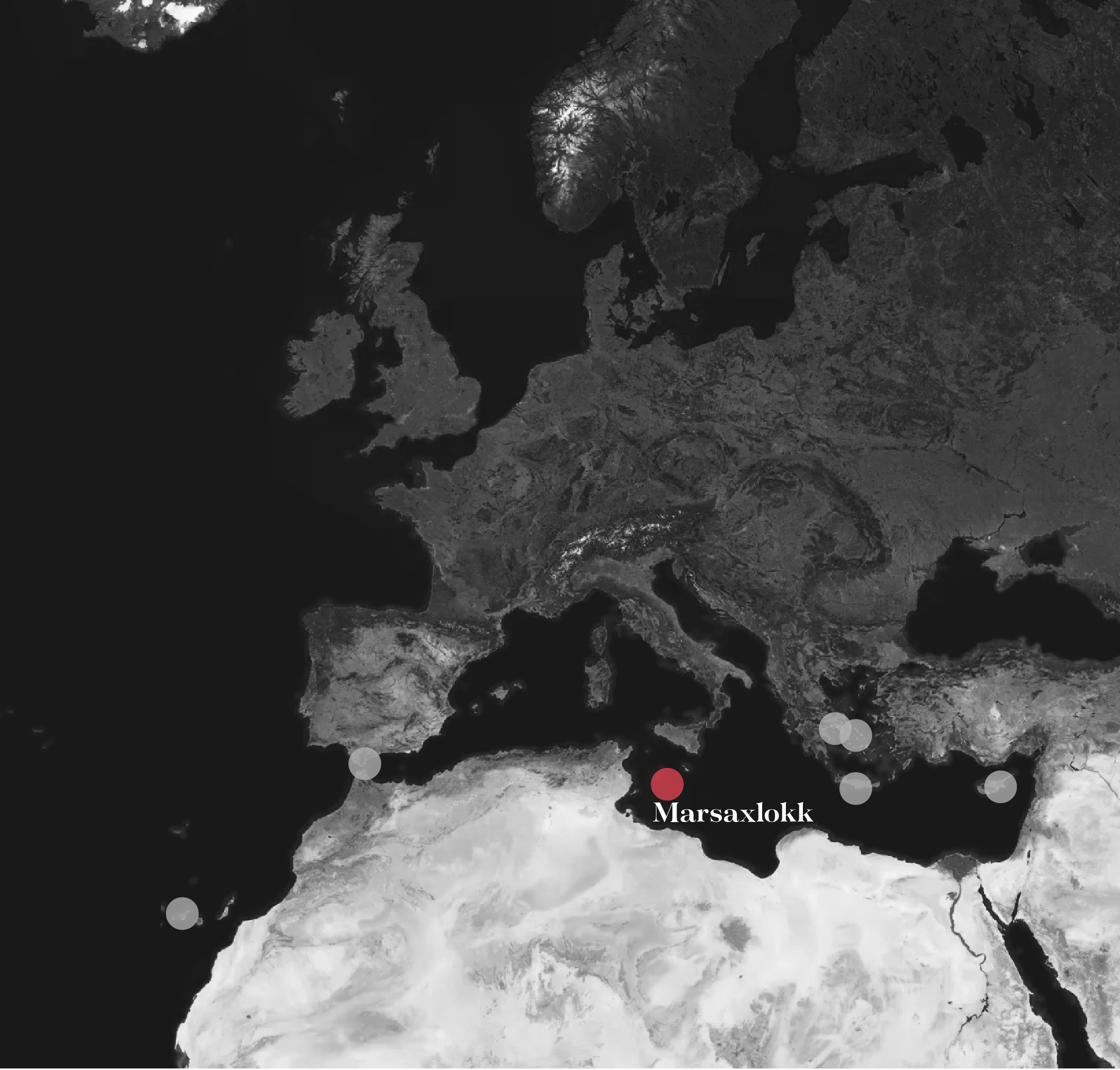 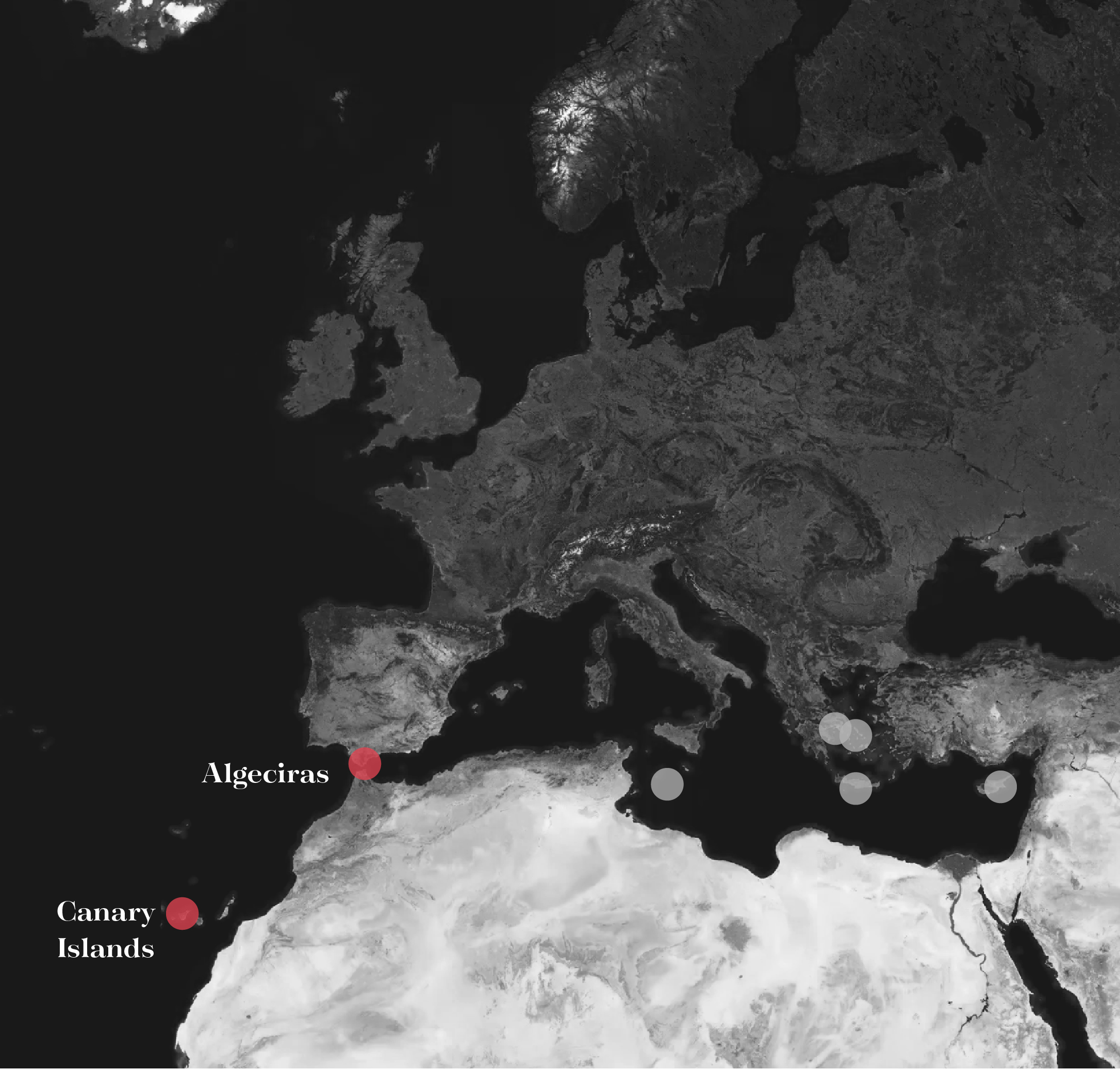 It is extremely easy for ship owners to circumvent or breach with impunity existing laws that aim at protecting vulnerable communities and the environment from the dumping of toxic waste.

At least eight ships de-registered from a European flag registry prior the last voyage to the breaking yards in order to circumvent the EU Ship Recycling Regulation, which demands the recycling of EU-flagged vessels only in approved facilities in Europe, Turkey and US.

Furthermore, at least nine vessels, as this map shows, were sold to beaching yards in breach of the EU Waste Shipment Regulation, which bans all exports of hazardous waste to non-OECD countries. Ship owners do not declare ships as destined for recycling. Instead, they often provide authorities of the exporting countries with false claims of further operational use or repair work in order to avoid being held accountable.

The number of vessels that European shipowners sold to the South Asian beaches is however much higher. Only if Europe, and other parts of the world, adopt a return scheme for all ships trading in their waters will end-of-life vessels effectively be diverted to safe and clean recycling yards.

Due diligence when choosing business partners is essential. Corporations have an obligation to ensure that their business practices do not cause harm to people and the environment. Many recycling yards have already invested in the safety and environmental standard of their operations. The EU maintains a list of approved ship recycling facilities - no beaching yard is on that list. Ship owners that want to act responsibly should opt for an EU-approved yard.

These ship owners also have a responsible ship recycling policy. 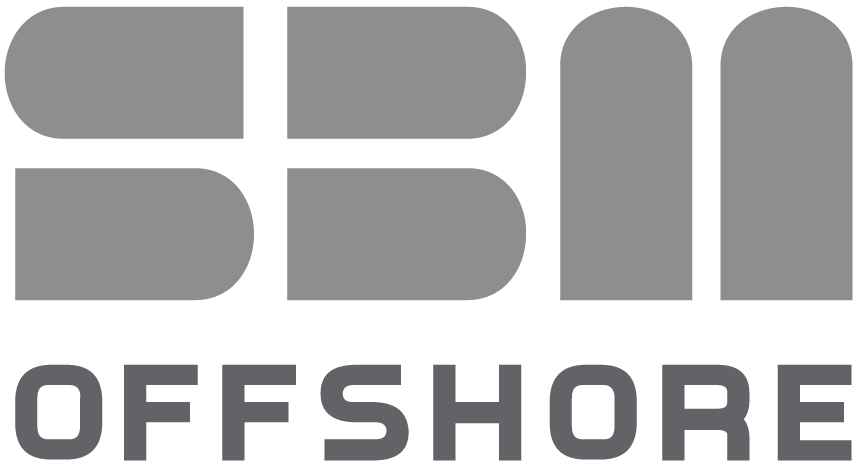 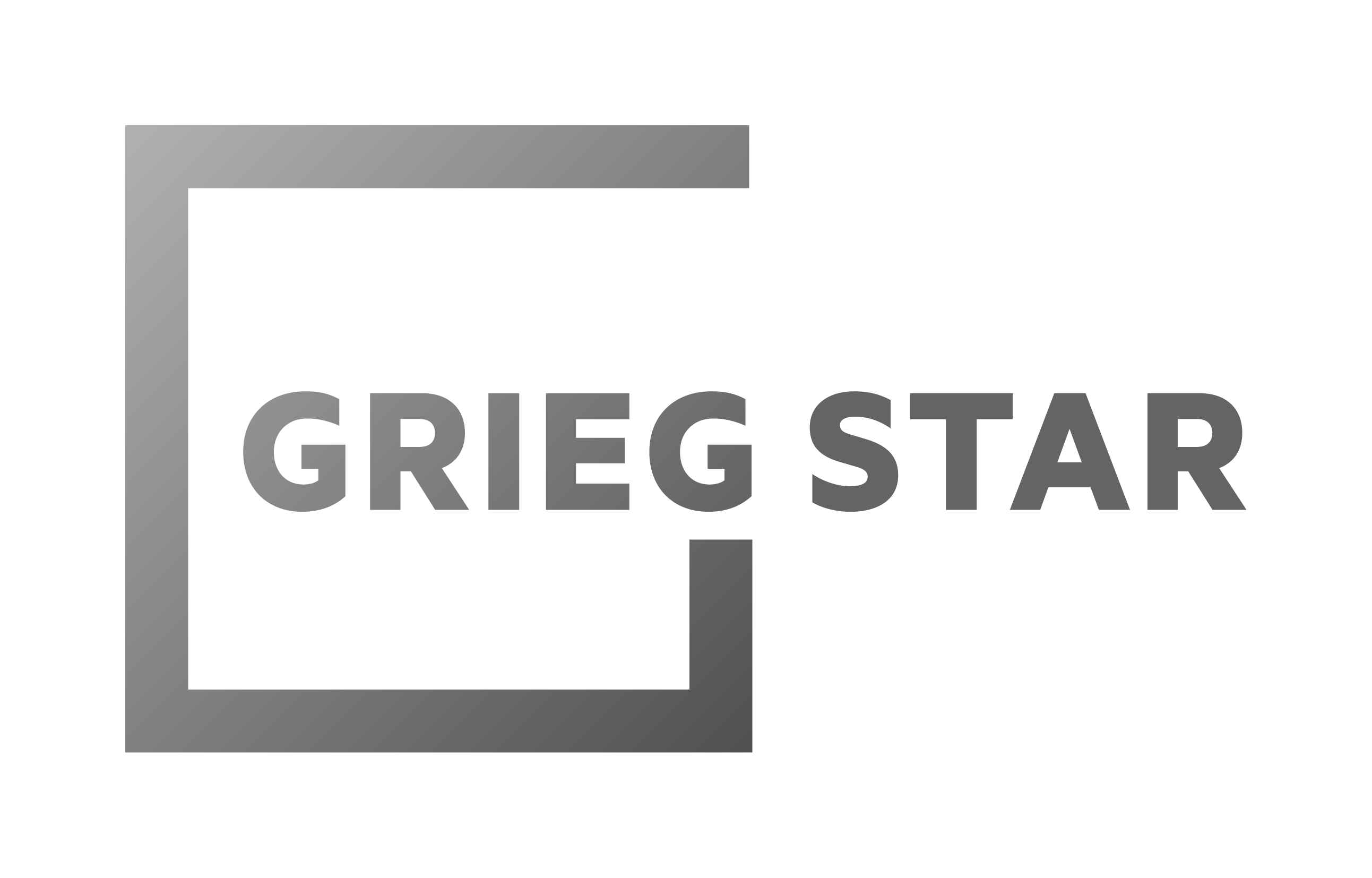 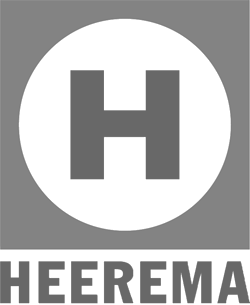 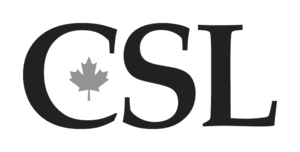 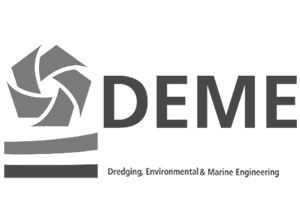